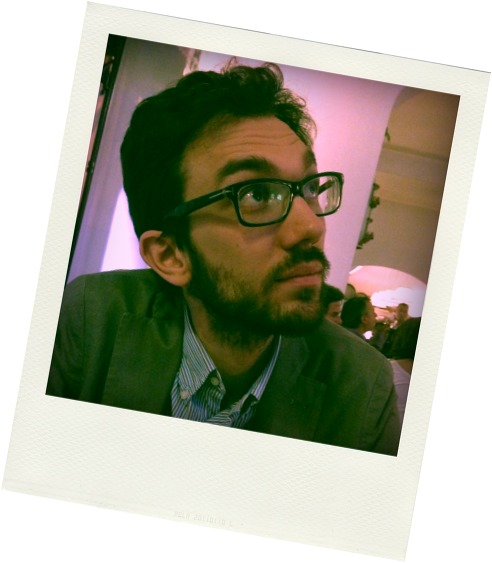 CURRICULUM VITAE
Antonio Miele is an assistant professor at the Department of Electronics, Information and Bioengineering (DEIB), Politecnico di Milano, Milano, Italy (according to the Italian Law n. 240/2010 - art. 24, par. 3, letter B). He received his Ph.D. in Information Technology in 2010 from the same institution where he worked as postdoc research assistant from 2010 to 2014. During his doctoral studies he spent a 4-month period at European Space Agency - ESTEC in Nordwjik, Netherlands. Previously, he received the M.Sc. and the B.Sc. in Computer Science Engineering from Politecnico di Milano in 2006 and in 2003 respectively. In 2006 he also got the M.Sc. in Computer Science at the University of Illinois at Chicago, USA.
His main research interests are related to the definition of design and analysis methodologies for embedded computing systems, in particular focusing on fault tolerance and reliability issues, runtime resource management in heterogeneous multi-/many-core systems and FPGA-based systems design.
Dr. Miele is co-author of more than 70 scientific publications in international conference proceedings and selected journals. He has served as Program Chair the International Symposium on Defect and Fault Tolerance in VLSI and Nanotechnology Systems (DFT) in 2016 and in 2017; moreover, he is the "Adaptive and Learning Systems" DATE A6 Topic Chair from 2018 to 2021. Dr. Miele has served as Guest co-Editor two special sessions both focusing on fault tolerance in digital systems, one in the IEEE Transactions in Emerging Topics in Computing (2016-2017 and published in 2020), and one in the IET Computers & Digital Techniques (2017-2018, published in 2019). Finally, he is part of the technical program committees of various conferences, such as DATE, DFT, FPL, IOLTS, ARC, DSD.
Dr. Miele actively participated in various national and EU funded project: "SAVE" FP7 STREP project (2013-2016), "SMECY" EU-ARTEMIS project (2010-2013), "SCALOPES" EU-ARTEMIS project (2009-2010) and a MIUR-PRIN 2008 project (2010-2012). Finally, current activities on the definition of novel hardening strategies for image processing and machine learning applications are partially supported by an Intel Corporation research grant.

Reliability aspects play a relevant role in computing systems' design, not only in mission-critical application scenarios as traditionally occurred, but also in more common environments, due to their pervasiveness in today's life. Moreover, the susceptibility of digital systems to faults, both transient ones mainly caused by environmental phenomena (such as radiations) and permanent ones due to aging and wear-out effects, has increased due to the aggressive technological scaling. Being the problem not new, although becoming more and more relevant, literature offers a wide set of reliability-oriented design techniques, devoted to the introduction of fault detection or tolerance properties in the system. However, the common practice of considering the system hardening step and the reliability analysis separately from the main design flow (as typically done in the embedded systems' design scenario) does not suffice, because of the many issues the designer has to face with (e.g. increasing system complexity, stringent time-to-market and cost requirements).
The goal of Dr. Miele's research is the study of new methodologies for the design and the analysis of computing systems with reliability requirements. These methodologies need to be able to deal with system reliability issues right from the beginning of the design flow, and to include them as part of the overall process with a holistic approach; in this way, it is possible to drive the several decisions by exploiting the synergy of both classical aspects and reliability-oriented ones. In these years, different architectures and technological platforms have been considered (from traditional embedded systems to reconfigurable FPGA-based systems and heterogeneous multi-core and many-core system architectures), proposing hardening methodologies and tools enabling the system to autonomously detect the occurrence of a fault and possibly mask/mitigate its effects. In the recent years, this interest has evolved towards i) the design of self-adaptive reliable systems, able to dynamically adapt to the occurrence of faults, also considering the varying conditions of the working environment, and ii) to the handling of device wear-out issues, that can be effectively mitigated by means of suitable workload distribution strategies in order to balance the aging trend of the various processing resources.
TEACHING ACTIVITIES